The problem of induction may be viewed as a particular instance of a more general epistemological problem. Is there any rational order to the facts of the world, and, if so, how can we have epistemic access to that rational order? How can the multifarious facts of experience be rationally connected, so as to give us genuine knowledge of the world and its operations? 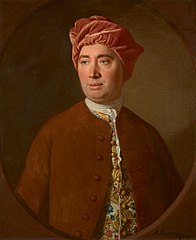 Hume’s answer, in effect, is that such knowledge is impossible. Given his starting point, his answer is correct. Kant considered this a philosophical scandal, even though he agreed with Hume that all factual knowledge of the world must come through sense experience. Kant’s innovative response to Hume’s skepticism was his “Copernican revolution” in epistemology: although we cannot know the world as it is in itself, we can know the world as it appears to us, because our minds impose rational order on the data of experience. Kant called his theory “transcendental idealism,” but we might just as well call it anthropocentric antirealism, for, on Kant’s view, the world of experience—the world we take ourselves to inhabit—isn’t a mind-independent reality, but rather a construction of the active human mind.

Kant’s system, while ingenious in its own way, fails to provide a satisfactory answer to the problems raised by Hume. Not only is it internally inconsistent (Kant couldn’t avoid making some positive claims about the unknowable noumenal world), but, like all forms of antirealism, it is haunted by the specter of epistemological relativism. If the world is a construction of the human mind, which human mind is doing the constructing? How can I be sure that the rational order I impose upon my experience is the same for everyone? Kant was the champion of intellectual autonomy—human reason must serve as the supreme judge—yet the existence of seven billion minds on earth implies seven billion independent and competing authorities.

As a child of the Enlightenment, Kant had faith in universal reason, the idea that the rational principles and structuring concepts of the human mind must be the same for all. Indeed, he endeavored to demonstrate it by way of a transcendental argument, a distinctive type of argument that seeks to expose the necessary preconditions of human knowledge. What must be the case for knowledge to be possible? What must be the case for the empirical world to be rationally intelligible? 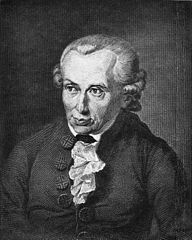 Kant thought he could show by this type of argumentation that the principles and concepts we use to order our experience could not have been otherwise: they are necessary, and therefore must be universal. His reasoning on this point, however, is notoriously obscure and hard to reconstruct. In any event, his conclusions seem quite mistaken. There is no apparent reason why the laws of nature, such as Newton’s laws of motion, couldn’t have been different. Indeed, pure reason doesn’t demand that there be any causal laws at all. Even space itself could have been four-dimensional rather than three-dimensional; there is nothing logically or mathematically incoherent about such a scenario.

Underlying all this is a methodology that appears to beg the question. To avoid the abyss of relativism, Kant needs to show by pure a priori reasoning that everyone rationally orders their experiences according to the same basic principles and concepts. Yet his arguments are the product of one particular intellect. Kant’s conclusions may be rational by the light of his own reason, but why must they be rational to everyone else? His methodology presupposes the very thing at stake, namely, universal reason.

In the end, Kant doesn’t so much answer Hume’s skeptical challenge as seek to subvert it by redefining “the world”—internalizing it, and making it a product of human cognition rather than (as common sense suggests) a mind-independent reality. But his attempts to stave off relativism must be judged a failure. Any epistemology that makes man the measure of all things is built on sinking sand. 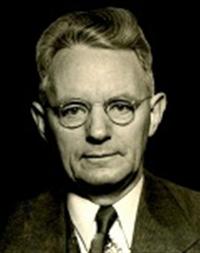 The Reformed philosopher Cornelius Van Til advocated a very different response to Hume’s skepticism. Van Til argued that Kant was asking the right questions, but offering the wrong answers. Adapting Kant’s transcendental method in the service of Christian apologetics, Van Til argued that the true alternative to skepticism is not an anthropocentric antirealism, but rather a theocentric realism. We must presuppose God, not ourselves, as the ultimate rationality and the ultimate authority. God is the “All-Conditioner,” the Personal Absolute who creates and orders all things according to his perfect wisdom and sovereign will. On this view, God is the authoritative pre-interpreter of the world, and as creatures made in God’s image, we are designed to be reinterpreters of God’s world. God’s knowledge is original and constructive; ours is derivative and reconstructive. Human knowledge is possible because of an analogical relationship between God’s mind and our minds, between God’s reason and our reason. Genuine knowledge of the world—of the world as it really is—is possible only if (1) the facts of the world are ordered “from above,” and (2) our minds are configured “from above” to order the facts of experience in the same way.1

We can put the matter in terms of what Kant considered to be the crucial question: How is synthetic a priori knowledge possible? How is it possible to know substantive facts about the world apart from sense experience?

Hume’s answer: It isn’t possible, so we must learn to live with skepticism.

Kant’s answer: We must posit that the world we experience is a construction of the autonomous human mind—although, in the end (in agreement with Hume), we cannot know the world as such, as it is in itself.

Van Til’s answer: We must posit that the world is the creation of a rational God and that humans are designed to think God’s thoughts after him. Synthetic a priori knowledge of the world is possible for us only because it ultimately derives from God’s knowledge. God knows the world directly and exhaustively. He knows that nature is uniform, that objects persist through time, that every event has a causal explanation, and that our perceptual faculties provide reliable epistemic access to an external world. God knows these things because he ordained them. But God has also designed the human mind to naturally and non-inferentially believe these things—indeed, to take them for granted. Since these basic beliefs are not the product of mere chance or blind natural processes, but rather the product of divine design, they are rationally well-grounded. What could be more rational than the intuitions of a mind created and ordered by God? What Hume could only credit to nature and custom, devoid of reason, the Christian will gladly and gratefully credit to God.

It has been said that orthodoxy owes a debt to heresy. If Pelagius unwittingly served the cause of Christian theology, Hume unwittingly served the cause of Christian apologetics. Even though his philosophical project must be judged a failure, it is a highly instructive failure, for it exposes the irrationalism of a naturalistic worldview founded on the autonomy of the human mind. When one encounters a dead end, the only reasonable course of action is to turn around and head in the opposite direction.

One Response to A Hume-Inspired Transcendental Argument