Yes, it really does. Hear me out.

John 3:16 is commonly cited against the Calvinist doctrine of limited atonement (LA).1 The argument is simple: LA teaches that Christ made atonement only for the elect, but this best-known verse in the Bible says that God so loved the world that he sent his Son. That implies a universal atonement, for all mankind, not one limited in its extent. 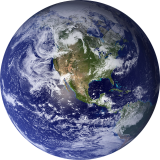 That seems like a knockdown argument on the face of it, but on closer examination it turns out to be very weak. In John’s writings “the world” (ho kosmos) rarely if ever carries the sense of “all mankind” or “every human who ever lived.” It certainly doesn’t mean that in 3:16 because that would make nonsense of the immediately following verse. (Try replacing “the world” with “all mankind” in verse 17 to see the point.) Rather, “the world” typically means either (i) “the created universe” (as in John 17:24), (ii) something like “the fallen creation in rebellion against God” (e.g., John 3:19; 13:1; 15:19; 17:13-18; 1 John 2:15-17) or (iii) “all nations” as opposed to the Jewish people alone (as in John 4:42). Whatever the exact sense in 3:16, there’s nothing that conflicts with LA.

So John 3:16 doesn’t count against LA. Perhaps most Calvinists are content to leave it at that, but I think we can go further and argue that it actually supports LA.

The debate over LA is often characterized as a debate over the extent of the atonement. For whom did Christ die? For everyone or for the elect alone? But this isn’t quite right. The real issue concerns the intent of the atonement. For what specific purpose did God send his Son into the world to make atonement? Was it God’s purpose to try to save everyone (knowing that not everyone would be saved) or to save his chosen people (knowing that they would indeed be saved)? Was it God’s plan to make salvation generally available, in a indefinite fashion, or to actually save a definite group of people?

The second half of 3:16 reads in Greek (transliterated):

The first word, hina, means “so that” or “in order that”; it typically introduces a purpose clause that gives the reason for something or its intended consequence. The immediately following phrase, pas ho pisteuōn eis auton, is sometimes translated “whosoever believes in him,” but that’s quite misleading because it suggests a note of indefiniteness and conditionality which isn’t in the text. The more literal translation would be “every one believing in him” or “every believer in him.” The word pisteuōn is the substantival participle form of the verb pisteuō (to believe) which elsewhere in the NT is commonly rendered in English as simply ‘believer’ or ‘believers’ (e.g., Acts 5:14; 1 Cor. 14:22).2

All this to say, what John 3:16 tells us is that God sent his one and only Son in order that (i.e., with the intent that) every believer in him (i.e., every Christian believer) would not perish but have everlasting life. In other words, God’s plan of atonement was directed specifically at those who believe (a group coextensive with the elect, on both the Calvinist and the Arminian view). There’s nothing hypothetical, conditional, or indefinite here. The Son is sent with the definite purpose of saving a definite group of people. And that’s just what the doctrine of limited (definite) atonement asserts. John 3:16 isn’t merely consistent with LA. It implies it.

The same idea can be seen in the parallel verse in 1 John 4:9:

In this the love of God was made manifest among us, that God sent his only Son into the world, so that we might live through him.

Again we’re told that the Father, motivated by love, sent his only Son into the world with a specific purpose: “so that (hina) we might live through him.” To whom does ‘we’ refer here? John is writing to fellow believers, of course. The divine action is specifically directed at believers. That’s the intent behind the incarnation and the atonement.

On a practical note, this should be tremendously encouraging, and should drive us to thanksgiving and worship, because it has this profound implication: if you’re a believer in Jesus Christ then God had you specifically in mind when he sent his Son into the world. God’s express purpose was that you, along with every other Christian believer, should not perish but have everlasting life. You were part of the plan all along — and God’s plans never fail. Hallelujah!

Loved before the dawn of time,
Chosen by my Maker,
Hidden in my Saviour:
I am His and He is mine,
Cherished for eternity.