An article I contributed to the April 2020 issue of Tabletalk magazine. 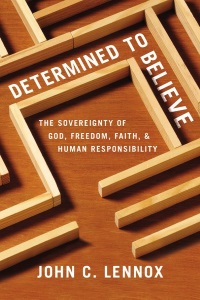 John Lennox is Emeritus Professor of Mathematics at the University of Oxford and an evangelical Christian with a longstanding concern to defend the Christian faith in the public sphere. In recent years he has risen to prominence as an articulate, well-informed, and winsome apologist, writing books on the relationship between Christianity and science, and engaging in public debates with prominent skeptics such as Richard Dawkins, Christopher Hitchens, and Michael Ruse. His 2007 book God’s Undertaker, which I have often recommended to my students, deftly debunks the myth of conflict between religion and science. I wish I could be so enthusiastic about his recent foray into systematic and philosophical theology, which might well have been titled Calvinism’s Undertaker.

As Lennox explains, his latest book “is written mainly for Christians who are interested in or even troubled by questions about God’s sovereignty and human freedom and responsibility” (15). Having been asked on many occasions to share his views on this thorny issue, Lennox decided to embark upon a book-length treatment of the topic. The primary target of his book is theistic determinism, which Lennox nowhere explicitly defines but apparently takes to be the view that God determines—more specifically, causally determines—every event in the creation, including the decisions and actions of his creatures. The book consists of 20 chapters and is divided into five parts. In this review I will summarize the content of each part, offering some critical comments along the way, before concluding with some concerns prompted by the book’s title.

Read the rest of the review here.

It’s sometimes claimed that determinism is irrational because (so the argument goes) one can’t consistently believe that one’s beliefs are determined. Occasionally this is transposed into an objection to Calvinism, since Calvinism is arguably committed to theistic determinism.

Let’s take a look at a recent example from William Lane Craig’s weekly Q&A blog and consider whether the objection has any substance. (Craig’s article was reproduced on Biola University’s blog several months later, so it has had some exposure.)

A correspondent writes to Dr. Craig:

As a former agnostic, one of the most powerful apologetic arguments against naturalism, atheism (and so on) is the idea that nobody strives to be a *consistent* naturalist/atheist/etc. In other words, they fail to act in accordance with the nihilism to which many of these ideas logically lead. Being more than a little curious, I stumbled into the free will position within Calvinism. Doesn’t this lead to a similar problem? In other words, what exactly does a consistent Calvinist even look like?

What does a consistent Calvinist look like? Well, if you’re really curious, you can find out here. But moving on to Craig’s response:

I think that you’ve successfully identified a problem with determinism in general, Leif, of which Calvinism is but a specific instance, given the Calvinist’s view that God determines everything that happens.

Note first that Craig treats Calvinism as merely one species of the genus determinism, taking it that any problem with determinism in general must afflict Calvinism’s theistic determinism. I doubt things are that simple. It’s pretty difficult to generate an argument against determinism as such, which is why most anti-determinist arguments target particular types of determinism (e.g., physical determinism or nomological determinism).

Who would be so foolhardy as to accept an invitation to answer that question in only 1400 words? 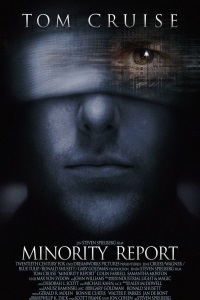 Prophets, Precogs, and the Purposes of GodRead More »

In this short series I’m considering the question: How well is Molinism supported by the Bible? In the first post I summarized how I plan to approach the question, before looking at two biblical teachings which Molinism seeks to accommodate: (1) comprehensive divine providence and (2) God’s knowledge of counterfactuals of creaturely freedom. I concluded that while the Bible does indeed affirm (1) and (2), and Molinism is consistent with the Bible on those points, Augustinianism also affirms those points. So Molinism holds no advantage over Augustinianism with respect to (1) and (2). I then added:

In the next few posts I want to examine three potential candidates for proposition p from the Molinist side: (1) that incompatibilism is true; (2) that God desires all to be saved; and (3) that God is not the author of sin.

Incompatibilism About Free Will

As I noted in the first post, Molinists are committed to a libertarian view of free will. Libertarianism involves two basic claims:

Freedom: we make (at least some) genuinely free choices, i.e., choices for which we can be held morally responsible.

These two claims together entail that determinism is false, but since compatibilists typically agree that we make genuinely free choices, it’s the first claim which really distinguishes libertarians from compatibilists. 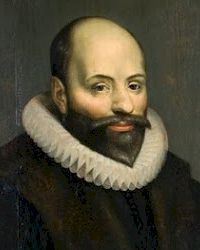 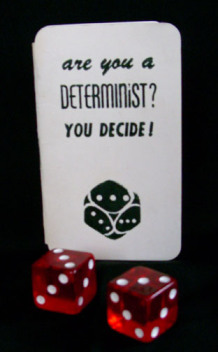 It’s often claimed that Calvinists are determinists. The claim is true as far as it goes; the trouble is that it doesn’t go very far, and it can lead to a lot of confusion and unwarranted conclusions. For there are many different types of determinism. Some of those types seem to be entailed by what Calvinists believe; some are consistent with Calvinist beliefs but not entailed by those beliefs; and some types are inconsistent with what Calvinists believe. (By “what Calvinists believe” I’m referring to mainstream historic Calvinism, as represented by the teachings of John Calvin and the major Reformed confessions and catechisms. I recognize, of course, that there’s diversity within the Calvinist tradition, but here I plan to focus on typical Calvinist claims.)

All this to say, the idea that Calvinists are determinists and compatibilists is rather more complicated than many people recognize. My purpose in this post is to try to clarify matters (at least to some degree!) by distinguishing various types of determinism and briefly commenting on whether or not Calvinists are committed to each type. (Understand that I’m not aiming here to defend Calvinism, compatibilism, or determinism, but only to shed some light on the relationship between them.) 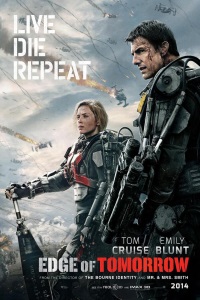 I just saw the latest Cruise blockbuster The Edge of Tomorrow. I enjoyed it a lot. It’s my kind of movie: sci-fi alien-blasting action with a smart plot that delivers satisfyingly on an intriguing premise. (Plus, I just enjoy Tom Cruise movies. Is that so wrong?)

If you liked Minority Report, Inception, and Looper, there’s a good chance you’ll get a kick out of this movie. But what I want to write about here are some of the interesting philosophical issues raised by the movie. It seems to me that the storyline makes at least five substantive (and often disputed) philosophical assumptions.

SPOILER ALERT: Some plot details are revealed in what follows. If you plan to see the movie but haven’t yet, don’t read any further! (But do come back later.)

Philosophy and The Edge of TomorrowRead More »

I recently listened to the exchange on Molinism and Calvinism between William Lane Craig and Paul Helm on Justin Brierley’s Unbelievable? radio program. It was more of a conversation than a debate, but it’s still worth a listen. In this post I want to expand on a point Helm raised but didn’t himself develop. I’ll first summarize the main tenets of Molinism before discussing what I regard as a serious objection to it. (Be patient — the first half of this post is just set-up.)

Molinism is a philosophical theory designed to reconcile a strong view of divine providence (according to which God foreordains all things) with a libertarian view of free will and a synergistic view of salvation (according to which God doesn’t cause anyone to repent and believe; instead sinners freely cooperate with God’s resistible grace in order to be saved). According to Molinism, God is able to providentially direct events by means of his middle knowledge, that is, his knowledge of what any libertarian-free creature would choose in any specific circumstances. For example, God knew prior to his decision to create this world whether I would freely choose a Boston Kreme if I were to go to Dunkin’ Donuts at noon on February 19, 2014, in such-and-such exact circumstances. God is therefore able to plan events down to the very last detail by prearranging the precise circumstances in which his creatures will find themselves and make their free choices. God doesn’t cause those choices, but he does guarantee them in some strong sense by orchestrating circumstances in light of his middle knowledge.

The Fallible God of MolinismRead More »