Each of these claims has arguments in its favor. (If you worry about the second, bear with me.) The reasons for affirming the first proposition are pretty straightforward. When we reflect on certain moral values that we all recognize, we can see that they hold independently of subjective human factors: personal feelings, opinions, desires, goals, and so forth. Take, for example, the moral value (currently the subject of much public discussion) that sexual harassment is wrong. Suppose that every human on the planet became infected with a disease that brought about a kind of moral insanity, with the consequence that everyone began to think that sexual harassment is good and everyone experienced moral sentiments along those lines. Would sexual harassment cease to be morally wrong? Would that moral value change overnight? (If that example doesn’t persuade you, I’m confident it wouldn’t take me long to identify a moral value that you do take to be objective in the sense I defined.)

END_OF_DOCUMENT_TOKEN_TO_BE_REPLACED

Earlier this year I received the following thoughtful question from DG (as I will refer to him) about the argument for God from logic, which I quote in full:

I also considered Leibniz’s argument that without one divine mind we can’t account for how necessary truths “can be combined, any one to any one, because any two propositions can be connected to prove a new one”. But here we also seem to presuppose one mind sustaining the infinite conjunction of necessary truths that we discover in our finite combinations. Pruss, in his discussion of Leibniz’s approach, brings in a possible worlds option by pointing out that “the idea of a possible world will contain the ideas of all other possible worlds since at that world it will be true that they are possible” (Actuality, Possibility, and Worlds, 207). But wouldn’t we need one omniscient mind intending the world ensemble that is supposed to help us infer there is one omniscient mind thinking the ensemble?

I suppose we could appeal to a premise that states it is impossible for there to be a necessarily existing mind different from God. But this doesn’t seem persuasive to me at the moment.

As I understand it, the objection can be boiled down to this. Even granting that we’ve shown that necessary truths (such the laws of logic) presuppose a necessarily existent mind, it doesn’t follow that these truths are grounded in only one such mind. As DG puts it:

But what excludes many necessary beings each of which sustain some necessary truths?

An obvious first move would be to appeal to the principle of parsimony. We should not multiply entities beyond necessity. If necessary truths need to be grounded in a necessarily existent mind, then one such mind will suffice. There’s no explanatory need for further minds. But I also agree that “a more rigorous argument would be desirable,” so what follows is a preliminary sketch of one.

END_OF_DOCUMENT_TOKEN_TO_BE_REPLACED

In Defense of the Argument for God from Logic

I’ve posted quite a few times on the argument for God from logic. Philosophia Christi received a number of submissions in response to the original Anderson-Welty article and decided to post three of them on the EPS blog, along with our response. Go here to read all four articles.

Vallicella on the Argument for God from Logic

Bill Vallicella recently posted some comments on the paper I co-authored with Greg Welty. He states that he’s very sympathetic to our project, but he finds a weak point in our argument that renders it “rationally acceptable, but not rationally compelling.” Here I respond to his concerns.

END_OF_DOCUMENT_TOKEN_TO_BE_REPLACED

A Friendly Question about God and Logic

Here’s a thoughtful email query I received with the title “Friendly Question about God and Logic”:

Recently, I have been reading about God and abstract objects and came across your article in Phil-Christi with Greg Welty regarding God and logic. I thoroughly enjoyed it and found it both persuasive and useful. In doing further reading on your website I came across a follow up article where you argue that atheism presupposes theism (and so does every other ism) and your argument gets close to an objection to the claim that logic depends on God that I have long wondered about. In the article, in reference to Atheism you argue the following:

Or another way of stating it would be:

I assume my objection is misguided in some way. If you have time to address this question and clarify my error I would appreciate it.

END_OF_DOCUMENT_TOKEN_TO_BE_REPLACED

God and Propositions: The Saga Continues

In this week’s exciting episode, I examine the arguments of Shannon, Oliphint, and Craig. Do they show that God doesn’t think propositionally or that propositions couldn’t be divine thoughts? Does the doctrine of divine simplicity rule out Theistic Conceptual Realism? Should anyone care either way? We’ll be right back with some answers after the following short section break!
END_OF_DOCUMENT_TOKEN_TO_BE_REPLACED

Commenter Jeff posed a question in response to an earlier post:

I was wondering though how you might respond to the view held by some in the Reformed camp such as Oliphint (I think at least, so don’t hold me to it) and Poythress that God does not think propositionally. I am not sure if they would advocate the contingency of propositions, then, but if you ever have the time, could you explain how the argument might still go through, or if the objection has no effect at all?

It depends on what exactly is meant by “thinking propositionally”. If the claim is that God’s thoughts aren’t dependent on propositions (conceived as truth-bearing abstract entities) that exist externally to God and independently of God, in some kind of self-existent Platonic realm, then I wholeheartedly agree. Welty and I have argued that propositions are divine thoughts, which would rule out that Platonist scenario.

However, if the claim is that God does not think in terms of propositions at all, then I strongly disagree. For that amounts to saying that God does not think in terms of truth and falsity. Propositions are conventionally defined as the primary truth-bearers (see, e.g., the recently revised SEP entry). Propositions are simply those entities that are non-derivatively true or false. If God has any true thoughts then it follows by the very definition of ‘proposition’ that God thinks propositionally. And, of course, God does have true thoughts. (How could God reveal truths to us without first having true thoughts?)

END_OF_DOCUMENT_TOKEN_TO_BE_REPLACED

Truths, Propositions, and the Argument for God from Logic

A correspondent asked me if I could address an objection he had encountered to the argument for God from logic. Here’s the objection as he quoted it, with my comments interspersed:

The authors equivocate when they make the leap to claim that the laws of logic are thoughts. The propositions themselves are certainly thoughts, but how can the truths that the propositions bear be thoughts?

END_OF_DOCUMENT_TOKEN_TO_BE_REPLACED

Antitheism Presupposes Theism (And So Does Every Other ‘Ism’)

By this rejection of God, agnosticism has embraced complete relativism. Yet this relativism must furnish a basis for the rejection of the absolute. Accordingly, the standard of self-contradiction taken for granted by antitheistic thought presupposes the absolute for its operation. Antitheism presupposes theism. One must stand upon the solid ground of theism to be an effective antitheist.

(Cornelius Van Til, A Survey of Christian Epistemology, p. xi)

END_OF_DOCUMENT_TOKEN_TO_BE_REPLACED

The Lord of Non-Contradiction

Philosophia Christi has kindly permitted me to post on my website a preprint of “The Lord of Non-Contradiction: An Argument for God from Logic”, which I co-authored with Greg Welty. I wrote the first version of the paper, but Greg did all the heavy lifting; the argument is indebted to the ideas he developed in his DPhil dissertation on theistic conceptual realism. 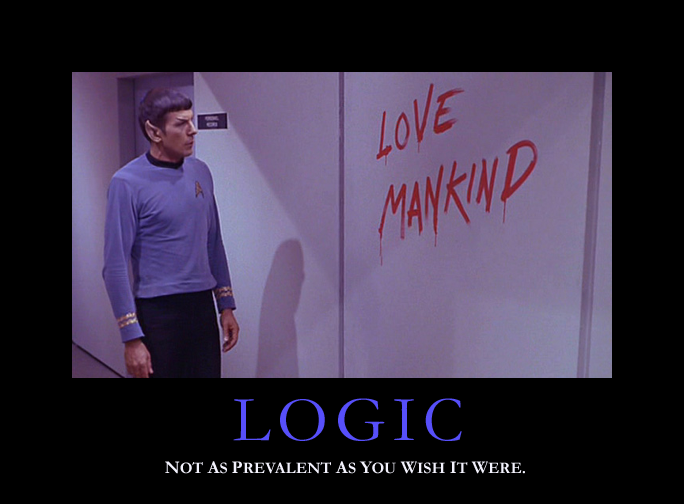 In this paper we offer a new argument for the existence of God. We contend that the laws of logic are metaphysically dependent on the existence of God, understood as a necessarily existent, personal, spiritual being; thus anyone who grants that there are laws of logic should also accept that there is a God. We argue that if our most natural intuitions about them are correct, and if they’re to play the role in our intellectual activities that we take them to play, then the laws of logic are best construed as necessarily existent thoughts — more specifically, as divine thoughts about divine thoughts. We conclude by highlighting some implications for both theistic arguments and antitheistic arguments.

While we don’t discuss Van Til or presuppositional apologetics in the paper, those so inclined will recognize this as a more robust exposition of a common presuppositionalist argument and they’ll also appreciate (I hope) the concluding remarks.