Anyone interested in the topic of theological paradoxes will probably enjoy these two episodes from the freshly-minted Furthering Christendom podcast. In the first, I chat with Tyler McNabb and Mike DeVito about the model I develop and defend in my book Paradox in Christian Theology. In the second episode (recorded the very next day!) Tyler and Mike talk with philosopher JC Beall about his preferred approach to theological paradox.

Dr. Beall has some very kind things to say about my work, even though he ends up taking a different position. I want to preserve classical logic (specifically, the law of non-contradiction) and my model aims to do just that. Thus, on my view, theological paradoxes are merely apparent (not real) contradictions. Beall, on the other hand, wants to bite the bullet (or as he puts it, “knock on the door”!) and say that orthodox Christology is both true and contradictory, which requires one to accept a non-classical logic. (I should add that he thinks there are other, non-theological reasons for questioning classical logic.)

In my conversation with Tyler and Mike, I briefly explained why I prefer my approach over Beall’s, even though we largely agree on the parameters of the problem we’re both seeking to address. Although I didn’t know in advance that Dr. Beall would feature in the immediately following episode, it’s quite interesting to compare my motivations for preserving classical logic with his motivations for rejecting it.

I also found intriguing Dr. Beall’s comments on identity relations within the Trinity toward the end of the video (around the 57-minute mark). Beall expresses his view that logic as such doesn’t contain “an identity predicate” and “identity is not part of logical vocabulary.” I’m inclined to agree with him. I think identity is a substantive metaphysical concept rather than a purely logical one; what’s more, there are different kinds of identity and it’s not obvious which kind holds between the divine substance and each of the divine persons. I’ve suggested that it’s a sui generis kind of identity that has no analogue in the creation. (I’ve discussed this in my book and a few other places.)

Anyway, I enjoyed the conversation and I look forward to reading Dr. Beall’s forthcoming book on the subject. 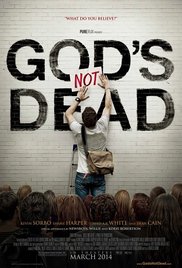 “Positive Mysterianism Undefeated: A Response to Dale Tuggy” is the paper I presented at the EPS Annual Meeting last November. It’s too long as it stands, and some of the arguments need further development (perhaps in separate papers), but I’m posting it online because a number of people have asked about it and I’d like to get more feedback on it. I’ve already received some valuable critical comments from several folk, including Dale. Comments welcome below or via email (contact details here).

The Gospel Coalition invited me to answer the question. They’ve just posted my response.

The December 2009 issue of The Trinity Review featured a review of my book. The review, which is highly critical, was written by Gary Crampton. I’ve posted a response on my website. It’s lengthy and forthright; but given the serious deficiencies of the review, it had to be.

I have copied below the section on Gordon Clark’s treatments of the Trinity and the Incarnation, because it may be of wider interest.