A Conversation on Apologetic Methodology

Does Presuppositionalism Confuse Ontology and Epistemology?

Occasionally one hears classical apologists (especially those of a Thomist persuasion) claim that presuppositionalists are guilty of “confusing ontology and epistemology” or “confusing the order of being and the order of knowing.” R. C. Sproul, Norman Geisler, Richard Howe, and Steven Cowan are among those who have leveled this charge.1 In this post, I want to explain why I think the objection itself is confused.

END_OF_DOCUMENT_TOKEN_TO_BE_REPLACED

Yesterday, the Supreme Court of the United States, in the case Bostock v. Clayton County, Georgia, ruled in a 6-3 decision that Title VII of the Civil Rights Act of 1964 prohibits employers from discriminating against their employees on the basis of sexual orientation and gender identity. 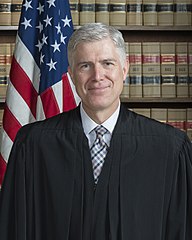 The relevant statute of Title VII reads as follows:

It shall be an unlawful employment practice for an employer … to fail or refuse to hire or to discharge any individual, or otherwise to discriminate against any individual with respect to his compensation, terms, conditions, or privileges of employment, because of such individual’s race, color, religion, sex, or national origin…

I’m neither a lawyer nor the son of a lawyer, but I know a thing or two about logic and argumentation, so I want to explain, as clearly and concisely as I can, why I think the Court’s central argument is horribly confused and specious.

If we’re going to criticize the Court’s opinion, however, it’s important to recognize how the Court argued. Some commentators have objected to the ruling on the basis of the harmful consequences it will have (undermining protections for women using bathrooms and locker rooms, destroying women’s sports, etc.) but that misses the proper role of the Court. The Court’s task is to interpret the law; in this case, the relevant clause of Title VII. If it turns out that the law has unforeseen or unintended consequences — harmful consequences — surely that’s a fault with the law, to be remedied by the legislative branch, not a fault with the judicial ruling.

Other commentators have argued that the original legislators couldn’t plausibly have understood Title VII to prohibit discrimination on the basis of sexual orientation or gender identity, nor could they have foreseen that it would be applied in that way. However, Gorsuch directly addresses that objection in the opinion. His contention is that it’s a logical implication of the text of the statute, regardless of whether anyone at the time recognized it. His argument is simply that the text as it was written, reasonably interpreted according to standard dictionary definitions, protects against SOGI discrimination precisely because it protects against sexual discrimination. The latter logically demands the former, so he maintains. The complaint that no one in 1964 would have acknowledged such an implication is legally irrelevant. What’s relevant is that it is in fact an implication of the statute. (Gorsuch cites various precedents where a statute is later applied beyond its originally intended scope on the basis of its implications.)

END_OF_DOCUMENT_TOKEN_TO_BE_REPLACED 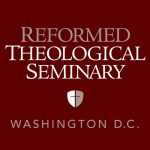 I’ve been having a lot of fun conversations recently. The latest was with my friends and colleagues at Reformed Theological Seminary in Washington DC. In the most recent episode of their freshly-minted podcast, we had quite a wide-ranging discussion of topics such as analytic philosophy, the propriety of Reformed analytic theology, paradoxes in Christian theology, worldview apologetics, and my personal journey from electronic engineering to philosophical theology.

If you want to know why they titled this episode “Pick Your Worldview” rather than “Choose Your Own Worldview” — well, there’s a story behind it, but you’ll have to listen to find out!

While you’re at it, check out the other episodes in their podcast. Great stuff!

Comments Off on Pick Your Worldview?

Thanks to Camden Bucey and Jim Cassidy for a fun conversation on the philosophy of David Hume (with application to Christian apologetics).

Comments Off on Interview on David Hume with Reformed Forum

A Couple More Interviews on Apologetics

May has been the month of interviews, mainly because I put them all off until the end of the spring semester! Here are a couple more, for your viewing pleasure:

While you’re at it, check out the channels of the two hosts:

I was recently interviewed by John DeRosa about the argument for God from logic. You can listen to the discussion here.

John is Roman Catholic, so obviously we have our disagreements on some significant issues, but the conversation was focused on the philosophical and theological merits of the argument. John is the host of the Classical Theism Podcast which has featured quite a range of guests and topics.

Comments Off on Interview with John DeRosa

An interview with Eli Ayala on presuppositional apologetics and related topics:

Also check out the interview Eli conducted with my colleague Mike Kruger a couple of weeks ago:

A Conversation with Tom Jump

Tom Jump is an atheist who posts conversations with philosophers and theologians on his YouTube channel. I accepted his invitation to discuss whether there’s reason to believe in God, and here’s how it went:

The question “Is there reason to believe in God?” could be answered in many different ways, but I thought it would be interesting for us to discuss the argument for God from logic since I’ve published on that topic and have some expertise in it. I began by giving an overview of the argument as it appears in the 2011 paper I co-authored with Greg Welty:

The plan was to go through these claims one by one and find out where Tom thinks the argument goes awry. Tom immediately took issue with 4, so we fell into a discussion about whether the laws of logic, and propositions in general, are real entities. Unfortunately, we ended up spending over an hour going around and around on that particular issue, and we never reached the later (arguably more interesting) parts of the argument! So we didn’t make much progress toward resolving the opening question.

In hindsight, it might have been more productive to discuss another argument. Still, the conversation was very cordial and worth having. The reason we didn’t get very far, I suggest, is because Tom seemed unable to articulate a consistent position on (1) whether propositions exist and (2) whether propositions are concrete or abstract in nature. Living up to his last name, Tom proved impossible to pin down on which of the following he wanted to endorse:

Watch the exchange and make your own assessment. What exactly is Tom’s position on the ontological status of propositions? I pointed out the problems with the first two positions. But the third is inconsistent with Tom’s professed physicalism. It’s too bad that we couldn’t move beyond the explanatory failures of physicalism and explore the explanatory virtues of theism. Perhaps another time?

In this chapter, Dr. Fesko turns his attention to Van Til’s advocacy of the transcendental argument for the existence of God (hereafter, TAG). Fesko’s main concern is not that TAG is a bad argument in itself, but rather that many Van Tilians treat it as the be-all and end-all of Reformed apologetics, to the exclusion of other apologetic arguments (i.e., more traditional theistic arguments and historical evidential arguments). He writes:

This chapter argues that the TAG is a useful tool within the apologist’s toolbox but is neither a silver-bullet argument nor the most biblically pure form of Reformed apologetics. … The degree to which apologists employ the TAG apart from the book of nature is inversely proportional to the degree to which they depart from the historic Reformed faith. (p. 137)

This chapter’s thesis, therefore, is that the TAG can be a useful argument but not at the expense of the book of nature. Christians can employ the connection between the innate and acquired natural knowledge of God in the defense of the faith. (p. 137)

Dr. Fesko’s approach in the chapter is to review TAG’s origins in the philosophy of Immanuel Kant, to expose its “idealist elements,” and to raise some concerns about the use of TAG in Van Tilian apologetics.

The use of transcendental arguments can be traced to Kant’s attempt to refute idealism (specifically, skepticism about the existence of a mind-independent material world). The basic aim of a transcendental argument is to refute a skeptical position by showing that the skeptic has to presuppose the very thing he professes to doubt. Drawing from Robert Stern’s article in the Stanford Encyclopedia of Philosophy, Fesko writes:

Fesko immediately connects TAG with the “historic worldview theory” (HWT) critiqued in the preceding chapter. James Orr advocated HWT and also employed a transcendental method (so Robert Knudsen argues), with the consequence that Orr repudiated proofs or evidential arguments for the existence of God. Gordon Clark followed Orr in these convictions. Van Til, despite acknowledging the legitimacy of evidence, “sounds very much like Orr” at points.

Fesko notes that Van Til’s disciples have debated among themselves the extent to which evidential arguments are appropriate in apologetics. Greg Bahnsen appeared to repudiate them altogether, while John Frame and Thom Notaro have defended their use and their compatibility with Van Til’s method. Even so, Fesko remarks, “there is a tendency to discount or diminish the use of evidence among some of those who employ the TAG” (p. 141).