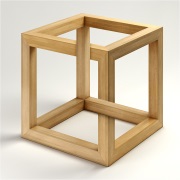 A paradox (from Gk., para and doxa, ‘against opinion’) is an apparent contradiction or logical absurdity. Paradoxes may be divided into three broad categories:

1. Rhetorical paradoxes. Here the contradiction appears only at the surface verbal level. When the statements are understood with the appropriate qualifications they are seen to be logically consistent, but restating them in a non-paradoxical form sacrifices the rhetorical impact. Biblical examples include ‘the last will be first, and the first last’ (Matt. 20:16) and ‘when I am weak, then I am strong’ (2 Cor. 12:10).

2. Philosophical paradoxes. Some of our commonsense intuitions about basic notions such as being, change, truth, rationality, and free choice, can be shown to entail apparent contradictions. The identification and resolution of such paradoxes has been a central theme in the history of philosophy. Famous examples include Zeno’s Paradoxes (seeking to show that our assumptions about the reality of motion entail contradictions) and the Liar Paradox (‘This statement is false’ appears to be false if true, and true if false). Proposed resolutions typically require us to repudiate one of the intuitions or assumptions involved.

3. Theological paradoxes. It has been traditionally held that theology involves propositional truth claims about God: his attributes, his relationship to the world, his actions within the world, and so forth. Theologians occasionally make claims which seem to them (or to others) to entail contradictions, either within the claims themselves or with respect to other firmly held beliefs. The problem is acute when the claims in question are taken to be essential tenets of orthodoxy or strongly supported by inspired scriptures.

Examples of theological paradoxes within mainstream Christianity include: the Trinity (the three persons of the Godhead are distinct, and each is fully God, yet there is only one God); the Incarnation (the transcendent, immutable God became a man in space and time); the hypostatic union (Christ is one person with both a divine nature and a human nature, and thus is omniscient and limited in knowledge, omnipresent and limited in location, impeccable yet susceptible to temptation, etc.); and the claim that God has infallible foreknowledge of human free choices. Some traditions within Christianity face their own distinctive paradoxes (e.g., the Reformed teaching that God foreordains all things, yet we are morally responsible for our actions).