Earlier this year I received the following thoughtful question from DG (as I will refer to him) about the argument for God from logic, which I quote in full:

I also considered Leibniz’s argument that without one divine mind we can’t account for how necessary truths “can be combined, any one to any one, because any two propositions can be connected to prove a new one”. But here we also seem to presuppose one mind sustaining the infinite conjunction of necessary truths that we discover in our finite combinations. Pruss, in his discussion of Leibniz’s approach, brings in a possible worlds option by pointing out that “the idea of a possible world will contain the ideas of all other possible worlds since at that world it will be true that they are possible” (Actuality, Possibility, and Worlds, 207). But wouldn’t we need one omniscient mind intending the world ensemble that is supposed to help us infer there is one omniscient mind thinking the ensemble?

I suppose we could appeal to a premise that states it is impossible for there to be a necessarily existing mind different from God. But this doesn’t seem persuasive to me at the moment.

As I understand it, the objection can be boiled down to this. Even granting that we’ve shown that necessary truths (such the laws of logic) presuppose a necessarily existent mind, it doesn’t follow that these truths are grounded in only one such mind. As DG puts it:

But what excludes many necessary beings each of which sustain some necessary truths?

An obvious first move would be to appeal to the principle of parsimony. We should not multiply entities beyond necessity. If necessary truths need to be grounded in a necessarily existent mind, then one such mind will suffice. There’s no explanatory need for further minds. But I also agree that “a more rigorous argument would be desirable,” so what follows is a preliminary sketch of one.

Consider case 3 first. In that case, either (a) we really have two propositions (M1’s thought and M2’s thought) or (b) we have one proposition that is a thought of both M1 and M2 (i.e., M1 and M2 have a numerically identical thought). Neither of these options looks defensible. The first option is ruled out ex hypothesi (for any proposition p, there is only one such proposition; that’s why we speak of the proposition that 2+2=4). The second option is ruled out by the fact that thoughts are indexed to particular minds (just as actions are indexed to particular agents). For any thought, we can ask the question: Whose thought is it? It has to be someone’s thought, but if it’s someone’s, it can’t also be someone else’s thought.

It’s important here not to confuse types and tokens. If you and I have the “same thought” — for example, that the sky is blue — it doesn’t follow that your thought is numerically identical to my thought. Properly speaking, we have distinct thought-tokens, but the same thought-type. Specifically, our thoughts have the same propositional content; they express or affirm one and the same proposition. But that singular proposition (the sky is blue) must be distinct from our thoughts, because, as we’ve argued, propositions exist necessarily, while human thoughts exist only contingently. What we’re considering here, in response to the objection above, is the special case where propositions are thought-tokens: thoughts that exist in a necessarily existent mind.

So case 3 above doesn’t make any sense. Against cases 1 and 2 (which are mirror-images of each other) I would raise two objections.

Objection 1: There appears to be no explanation why p belongs to M1 rather than M2. Why would, say, the proposition that 2+2=4 exist in one necessarily existent mind rather than the other? It seems wholly arbitrary. One could admit that it’s just a brute fact, but then it seems we’ve conceded an explanatory vacuum which counts against the multiple-minds scenario (over against the single-mind scenario, which requires no such explanation).

Objection 2: If p belongs to M1 rather than M2, then M1 has direct access to p in a way that M2 does not, and M2 is ontologically dependent on M1. M2’s knowledge of p depends on M1’s existence and thoughts. Thus M2 cannot be an absolute being. Moreover, if there are also some propositions that belong to M2 rather than M1, then M1 cannot be an absolute being either (since M1 would be dependent on M2). At this point we could run a modest version of the ontological argument (one that doesn’t seek to prove the existence of God, only to prove that God must be an absolute, self-existent being) to rule out the possibility of M1-M2 mutual dependency. The only way out of the dilemma would be to say that all propositions belong to either M1 or M2. But in that case we’ve basically abandoned the multiple-minds scenario for the single-mind scenario, according to which all necessary truths exist in one necessarily existent mind. 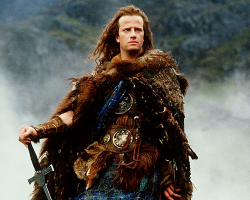 In sum, I think there are several good reasons to maintain that if necessary truths exist in a necessarily existent mind, there can be only one such mind.

This entry was posted in Apologetics, Philosophy and tagged argument for God from logic, necessary truths, propositions, theistic conceptual realism. Bookmark the permalink.

5 Responses to Why One?