Posted on 21 December 2018 | Comments Off on Is Calvinism Unliveable?

It’s sometimes claimed that determinism is irrational because (so the argument goes) one can’t consistently believe that one’s beliefs are determined. Occasionally this is transposed into an objection to Calvinism, since Calvinism is arguably committed to theistic determinism.

Let’s take a look at a recent example from William Lane Craig’s weekly Q&A blog and consider whether the objection has any substance. (Craig’s article was reproduced on Biola University’s blog several months later, so it has had some exposure.)

A correspondent writes to Dr. Craig:

As a former agnostic, one of the most powerful apologetic arguments against naturalism, atheism (and so on) is the idea that nobody strives to be a *consistent* naturalist/atheist/etc. In other words, they fail to act in accordance with the nihilism to which many of these ideas logically lead. Being more than a little curious, I stumbled into the free will position within Calvinism. Doesn’t this lead to a similar problem? In other words, what exactly does a consistent Calvinist even look like?

What does a consistent Calvinist look like? Well, if you’re really curious, you can find out here. But moving on to Craig’s response:

I think that you’ve successfully identified a problem with determinism in general, Leif, of which Calvinism is but a specific instance, given the Calvinist’s view that God determines everything that happens.

Note first that Craig treats Calvinism as merely one species of the genus determinism, taking it that any problem with determinism in general must afflict Calvinism’s theistic determinism. I doubt things are that simple. It’s pretty difficult to generate an argument against determinism as such, which is why most anti-determinist arguments target particular types of determinism (e.g., physical determinism or nomological determinism).

However, let’s see what the problem with determinism is supposed to be:

A determinist cannot live consistently as though everything he thinks and does is causally determined—especially his choice to believe that determinism is true!

Note two things here. First, Craig assumes that the determinist chooses to believe that determinism is true. This is highly implausible for the simple reason that we typically don’t choose what we believe. Our beliefs aren’t under our volitional control, at least not in any direct fashion. We may choose to spend time thinking about an issue, to study and reflect on some philosophical question, but when we reach our conclusions at the end we don’t normally exercise any choice to believe those conclusions.

Just pause for a moment and consider how many of your beliefs you chose to hold. For any belief, you’ll probably be able to relate some story about how you came to hold that belief. But does that story include saying to yourself at some point, “Will I believe this or not? Why yes, I will believe it!” I rather doubt it. So why assume that determinists typically choose to believe that determinism is true?

Secondly, observe that Craig hasn’t offered any actual argument yet. He’s asserted that determinists are inconsistent, but he hasn’t explained why they’re inconsistent.

Thinking that you’re determined to believe that everything you believe is determined produces a kind of vertigo. 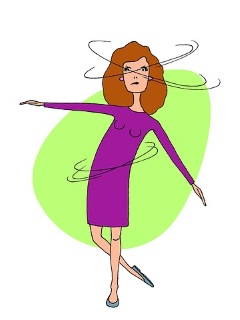 Literally, vertigo is a sensation of dizziness or imbalance. Presumably Craig doesn’t think determinists suffer from vertigo in that sense. (I’m now picturing a bunch of Calvinists clinging to each other as the room spins around them!) Figuratively, vertigo can refer more generally to “a dizzy confused state of mind” (source). But again, where’s the argument?

Nobody can live as though all that he thinks and does is determined by causes outside himself.

Okay, that’s the claim. But we’re still waiting for the argument!

Even determinists recognize that we have to act “as if” we had free will and so weigh our options and decide on what course of action to take, even though at the end of the day we are determined to take the choices we do.

Now we’re getting closer to an argument. But note the insinuation here: determinists don’t think that we really have free will, that we really weigh our options, that we really make decisions about what course of action to take, etc., but they have to act otherwise than they believe. Now if you define “free will” as libertarian (incompatibilist) free will, then that would be true.1 But that definition obviously begs the question against compatibilists who argue that determinism is consistent with free will (at least with the kind of free will needed for moral agency).

In short, either the above is a question-begging argument against determinism or it’s no argument at all (it’s merely Craig expressing his philosophical prejudices). Take your choice!

Furthermore, note that nothing in the quoted paragraph above makes any reference to beliefs. Craig is supposed to be exposing some kind of performative inconsistency in believing that one’s belief in determinism is itself determined. But he hasn’t provided any good reason to think there’s any such inconsistency.

Determinism is thus an unliveable view.

Nothing Craig has said shows that to be the case.

This presents a real problem not just for the Calvinist, but for the naturalist. For insofar as naturalism implies that all our thoughts and actions are determined by natural causes outside ourselves, free will is an illusion. But we cannot escape this illusion and so must go on making choices as though we had free will, even though we don’t. Naturalism is thus an unliveable worldview.

So the focus now shifts back from Calvinism to naturalism. The claim is that the problem faced by the Calvinist is equally a problem for the naturalist. Two points in response: (1) Craig hasn’t actually demonstrated any problem for the Calvinist; he’s just begged the question by assuming libertarian free will. (2) The physical determinism affirmed by naturalists is very different from the theological determinism affirmed by Calvinists (see here for more discussion).

I suspect that lurking behind Craig’s answer is the idea that if our beliefs are causally determined then they can’t be the product of rational deliberation. Yet there’s no reason to think that’s the case. In the first place, many of our beliefs aren’t the product of rational deliberation at all. Take your belief that there’s a real world that exists independently of your thoughts and experiences. Most likely that’s a properly basic belief: it’s something you take for granted, not a conclusion you reached by a process of reasoning. Suppose, moreover, that you’re determined to believe it: it’s a “hard-wired” belief, so to speak. You can’t help but believe it. Would that make the belief rationally suspect? Hardly.

Moreover, even beliefs that are the product of rational deliberation can be determined. Consider a mathematical genius like Kurt Gödel who endeavors to prove a theorem from a set of axioms. Imagine he’s such a good mathematician that once he embarks on the project he cannot fail to reach the conclusion he eventually reaches. The axioms seem self-evidently true (he didn’t choose to believe them) and having formulated the proof he cannot help but affirm its conclusion. His belief in the theorem is, in effect, determined. He couldn’t have believed otherwise.

Does it follow that there’s something irrational about his belief? Surely not. But then why should any belief be considered irrational simply in virtue of the fact that it was determined?

In my view the argument that determinism as such is rationally self-defeating is a non-starter. But don’t take it from me. Here’s what Richard Swinburne (no friend of Calvinism!) makes of it:

It has been argued that any argument for determinism would be self-defeating. For suppose a scientist discovers an apparently cogent argument for determinism. He will conclude that he has been caused to believe that his argument is cogent. But when we discover of people that they are caused to hold beliefs–e.g. as a result of the way they were educated, or of subjection to drugs–we do not regard them as having a rationally justified belief. To be rational in adopting a belief we have to do so freely, i.e. uncaused, the argument goes. So no one can ever be justified in believing determinism to be true. For one who believes determinism to be true must believe his belief to be caused and so unjustified. […] This argument has, I believe, no force at all. The mere fact that our beliefs are caused is no grounds for holding them unjustified. Exactly the reverse. I argued in Chapter 7 that to the extent that we regarded them as uncaused or self-chosen, we could not regard our beliefs as moulded by the facts and so likely to be true. The point is rather that if we see some belief to be caused by a totally irrelevant factor (e.g. a belief that I now am being persecuted being caused by something irrelevant in my upbringing) then we rightly regard it as unjustified. But a belief that determinism is true could be both caused and justified, if caused by relevant factors, e.g. hearing relevant arguments.2