A Reductio of Naturalism 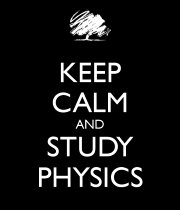 For completeness, let’s also define physical as a catch-all term for those entities and properties recognized by modern physics (subatomic particles, forces, etc.) or any reasonable refinement thereof (i.e., any refinement that doesn’t introduce radically different ontological categories). On this view, whatever is physical must be spatiotemporal.

I now offer a reductio ad absurdum of Naturalism, as defined above, which deduces the non-truth of Naturalism from its truth.

Some commentary on each step of the argument:

2 should be beyond reasonable dispute. Whatever is actually the case must be possibly the case. If something is not possibly true, then it’s necessarily not true, and therefore not true. Anyone who denies this is beyond reason.

5 follows straightforwardly from 4. It’s hard to see why anyone would affirm 4 but deny 5. If 4 is true, then it’s a necessary truth, and therefore there is at least one necessary truth.

7 is grounded in the metaphysical principle that only existent things can possess properties. If S possesses the property P, then S exists. 7 is a specific instance of that principle, viz., a proposition must exist in order to possess the property of being true.

8 follows straightforwardly from 7. If a proposition is necessarily true, then it’s true in every possible world, and if a proposition must exist in order to be true, then it must exist in every possible world, which is just to say that it necessarily exists. (More technically: 8 follows from 7 via the distribution axiom of modal logic, also known as axiom K.)

9 follows deductively from 6 and 8.

10 obviously follows from 9, given that necessary existence is equivalent to non-contingent existence.

It’s important to note that even if some physical things were to exist eternally, they would still exist contingently. Eternal existence isn’t equivalent to necessary existence (neither does the former entail the latter). To confuse the two is to confuse temporal categories with modal categories. To exist eternally is to exist at every time in the actual world; to exist necessarily is to exist in every possible world.

All of the premises except 1 (i.e., 2, 3, 7, and 11) are necessarily true if true at all. 2 and 3 are based on widely accepted axioms of modal logic, 7 is grounded in a metaphysical principle about property possession, and 11 is a necessary consequence of Naturalism. Thus, if the argument is logically valid, 13 is a necessary implication of 1. Since 13 is also the negation of 1, it follows by reductio that 1 is false (i.e., Naturalism is not true).

Note that the argument doesn’t make use of the Principle of Sufficient Reason or any other principle characteristic of cosmological arguments (e.g., that every contingent existent requires a cause of its existence). The notion of causation features only in the explanation for 11.

I don’t expect any Naturalist to concede the argument. (Then again, maybe I’ll get lucky!) However, assuming the argument is logically valid, it would be interesting to know which of the premises (other than 1!) a Naturalist would be most willing to reject and why. Each of the premises could be disputed, but they’re not equally disputable, and each has a cost associated with denying it. What price is a Naturalist willing to pay?

This entry was posted in Apologetics, Philosophy and tagged naturalism, reductio ad absurdum. Bookmark the permalink.

7 Responses to A Reductio of Naturalism