Posted on 1 October 2018 | Comments Off on Credible Testimony

This is a follow-up of sorts to my earlier post.

After the Senate Judiciary Committee hearings last week, I encountered many comments to the effect that either Ford or Kavanaugh gave a “credible testimony.” (Some claimed that both did.) Consider these two statements:

(1) It’s credible that S is telling the truth.

It seems to me that many commentators on this depressing debacle are failing to properly distinguish (1) and (2). When they say that so-and-so’s testimony was credible, it’s hard to tell whether they mean (1) or (2). Perhaps they think (1) and (2) are equivalent. But as I pointed out earlier, that’s not the case. It’s possible to speak falsely without lying. What (2) is really equivalent to is:

(1′) It’s credible that S believes he/she is telling the truth.

Another related point. Apparently many people are proceeding on the assumption that an accusation is in itself evidence of the guilt of the accused. There’s some truth to this. An accusation is a testimony, and testimony is an important type of evidence. If S claims p, that’s evidence of the truth of p. But often that’s not saying a whole lot, because it’s only prima facie evidence. S’s testimony can be undercut (e.g., by evidence of S’s unreliability or confusion) or overridden (e.g., by countervailing evidence that p is false). 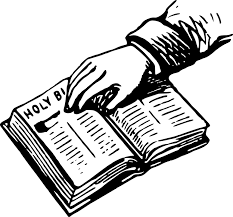 In the case where S makes an accusation against R, but R denies the accusation, all else being equal the two testimonies cancel each other out, especially if both testimonies are credible ones, and thus we have to look for independent supporting evidences (for either the accusation or its denial). That’s one reason the Bible insists upon “the evidence of two or three witnesses” (Deut. 17:6; 19:15; Matt. 18:16; 2 Cor. 13:1; 1 Tim. 5:19; Heb. 10:28) when a charge is made against a person, whether in a civil context or an ecclesiastical context. The idea is not that all testimony is equally valid. (The testimony of a convicted fraudster is obviously worth less than the testimony of an upstanding citizen, all else being equal.) The point is that if serious moral or criminal charges are leveled against a person, and both accuser and accused offer credible testimony, it would be unprincipled and unjust to privilege the former over the latter. Likewise, that’s why we presume innocence rather than guilt.

None of this is offered as a commentary on the specifics of the testimonies given at the hearings last week. But if we can’t get the general principles right, we almost certainly won’t handle the specifics well.

This entry was posted in Culture, Ethics and tagged Brett Kavanaugh. Bookmark the permalink.