When Harry Wants To Be Called ‘Sally’ 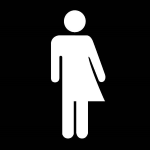 The Nashville Statement was published this week, and the (over)reaction to it has been entirely predictable. It’s a fine summary of the biblical Christian position on human sexuality, and (while I might quibble with the wording here and there) I agree with all of its affirmations and denials. What the statement doesn’t do (by design) is answer all of the tricky questions that arise for Christians now living in a culture that by and large repudiates the claims of the Nashville Statement. Truth notwithstanding, the tide is flooding the plain and we’ll soon be up to our necks.

It’s not unfair to say that the Nashville Statement answers easy questions. What does the Bible actually say about natural sexual distinctions and proper sexual relationships? The harder questions concern matters of Christian practice as we engage with the shifting culture around us and grapple with the impact it has on the lives of real people.

I’ve given several presentations on the topic of transgenderism over the last two years, one of which will be published as an article in the forthcoming issue of RTS’s journal, Reformed Faith & Practice. On every occasion, one particular question has been asked during the Q&A session:

How should we deal with people who claim to be transgender and ask us to use different names and pronouns to refer to them, which they claim correctly reflect their true ‘gender identity’?

Just a few days ago, in fact, a graduate of RTS Charlotte who now serves in campus ministry emailed to ask the same question. Apparently there’s a male student (not a professing Christian) who has hung out with their group for a couple of years and helps out with various activities, but who recently “came out” as transgender. He now insists that he has transitioned to female, and that people should refer to him with female pronouns and his newly adopted name. The ministry leader wanted my advice on how he and the other Christians in the group should respond to such a request.

What follows is an expanded version of the answer I gave. I don’t claim that it’s a perfect solution, but I think it’s an acceptable one and probably better than any of the alternatives. (If any readers want to criticize it, that’s fine; just be prepared to give your own solution and defend it!)

On the other hand, we want to treat our fellow human beings, no matter what they believe or say, with respect and dignity as creatures made in the image of God, and we want to maintain positive personal relationships with them insofar as it’s possible to do so (cf. Rom. 12:14-18). All else being equal, we should maintain existing bridges for bringing the gospel to people rather than burning those bridges. We want to keep the lines of communication open. When Christians and non-Christians stop talking to each other, everyone loses.

Satisfactorily reconciling these two goals is challenging to say the least. But for what it’s worth, here’s my proposal: in the presence of a person who claims to be transgender, avoid using pronouns altogether and refer to them only using the name they’ve adopted.

Now for the reasoning behind it. I’m convinced we must not accede to using pronouns that objectively misrepresent a person’s sex (i.e., referring to a man as ‘she’ or a woman as ‘he’). Pronouns, at least in the English language, are inherently gendered. It is part of the standard definition of ‘he’ that the referent is male (see here for example). So using a male pronoun to refer (non-figuratively and non-ironically) to a female person is, in effect, to concede the transgender position: that a biological male can be a woman and a biological female can be a man. That would be a bridge too far; it isn’t so much a compromise as a surrender.

At the same time, however, insisting on using correctly gendered pronouns will inevitably aggravate the person who claims to be transgender and most likely lead to a broken relationship and a refusal to converse at all. It will also tend to reinforce the (false) narrative that Christians are intolerant, bigoted, etc. It seems to me that a tolerable alternative is to avoid pronouns altogether and always use a proper name to refer to that person; specifically, the name that person has adopted and asks others to use.

Names aren’t intrinsically gendered in the way that pronouns are. As evidence, consider the many unisex names: Kelly, Chris, Sam, Leslie, Taylor, and so on. (As a Brit, I’ve noticed that the phenomenon of unisex names is even more widespread in America than in Europe. When I first heard someone refer to Cameron Diaz, I assumed she was a man.) You might think that some names — ‘John’ and ‘Ann’ for example — are intrinsically gendered. But gender doesn’t constitute part of the definition of those names in the way that it does for pronouns. ‘John’ isn’t by definition a male name; it’s associated with males by common usage. If a couple named their daughter ‘John’ we would certainly consider it strange, but I think we would still be willing to use that name, especially if the daughter used it herself. And if enough people started naming their daughters ‘John’ it would no longer seem strange to us (as has happened already with other names that were originally associated with one or other gender).

My point here is that using a particular name to refer to a person doesn’t seem to commit us to approving or endorsing some claim about their sex or gender in the way that a particular pronoun does.

To reinforce the point, consider this thought experiment. Suppose you meet a well-padded man who introduces himself as ‘Slim’. The reality is that ‘slim’ is far from the first adjective you’d use to describe him. It turns out his real name is ‘Harry’, but as a child he was dubbed ‘Slim’ as an ironic nickname. The name stuck, and in a good-humored fashion he has embraced it. Would you refer to him as ‘Slim’ rather than ‘Harry’? I assume so.

Now imagine you meet a man who introduces himself as ‘Sally’. “It’s a long story,” he grins. He tells you the story, and you chuckle together, because both of you understand that ‘Sally’ isn’t normally used as a man’s name. Still, that’s the name he goes by — indeed, the name he asks to go by. But he’s clearly a man and knows he’s a man. Would you refer to him as ‘Sally’ nonetheless? I assume so.

Consider then the situation where you meet a man who claims to be female and wants to be referred to by the name ‘Sally’. Clearly there are some important differences between this scenario and the previous one. But are they such as to preclude you altogether from using the name ‘Sally’? By using that name, are you effectively conceding his (false) claim to be female? Not obviously so, it seems to me. As I’ve argued above, the name itself isn’t intrinsically gendered, and your usage of it doesn’t carry any necessary implication (or, more precisely, implicature) regarding the gender of ‘Sally’. Indeed, it should be clear from the other things you say (or should be willing to say) that you don’t accept his claim to be female. There needn’t be any ambiguity about where you stand on the question, regardless of the name you use to refer to him.

Admittedly, it may appear awkward to keep using a proper name to refer to someone rather than pronouns. But bear two things in mind. First, when talking directly to someone we use second-person pronouns (‘you’, ‘your’, etc.), which are non-gendered, rather than third-person pronouns. So the issue doesn’t even arise in that case. Secondly, we should note that we aren’t to blame for that awkwardness. It has been forced upon us by the other person’s stance and request, not ours. We’re the ones being accommodating and gracious here — as accommodating and gracious as we can be without surrendering our biblical convictions.

So if Harry asks to be called ‘Sally’ and we concede to do so, we’re basically saying, “Look, I don’t accept for a moment that you’re really a woman, and I’ll make that clear if anyone raises the question, but for the sake of preserving our relationship and having some way to address you as an individual and to refer to you in the company of others, I’m willing to extend some grace and use the moniker you’ve chosen for yourself.” Arguably, it’s no different in principle than using people’s self-chosen usernames to refer to them in online forums where those usernames function simply as identifiers (‘DragonSlayer’, ‘JohnCalvin’, ‘GodIsDead’, etc.).

So that’s what I recommend in answer to this increasingly common question. As I said, I don’t pretend it’s a perfectly satisfactory solution, only that it’s less unsatisfactory than the alternatives. If you have a better proposal, let’s hear it!

Addendum: After posting I was made aware of this answer from Andrew T. Walker, author of the recently published book God and the Transgender Debate. Walker takes a slightly different, more concessive position. But I agree with him that is one of those issues over which Christians can reasonably and respectfully disagree.

5 Responses to When Harry Wants To Be Called ‘Sally’