Posted on 20 August 2019 | Comments Off on Secular Indulgences

Sir Elton John by his own admission counted Princess Diana as “one of my dearest friends” and famously and movingly sang at her funeral.

On Monday, the rock star leapt to the defence of her youngest son, in an attempt to shield the Duke of Sussex and his wife from “relentless and untrue assassinations” amid allegations of hypocrisy over private jet flights taken by the couple. 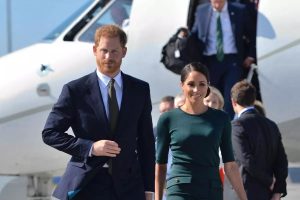 In putting a metaphorical arm around the Duke and Duchess, Sir Elton disclosed that he had paid for Prince Harry and his wife to fly on a private jet to his home in the south of France. He said Prince Harry, his wife and their son Archie needed the “safety and tranquillity” offered by his palatial villa on the French Riviera.

Sir Elton insisted he and his husband David Furnish had made “an appropriate contribution” to a company that specialises in offsetting carbon emissions. The flights, said Sir Elton, were as a consequence carbon neutral.

So we’re all square then! One might even sum things up in a little rhyme:

As soon as the coin in the coffer rings,
The A-list celebs can spread their wings.

Comments Off on Secular Indulgences